Join up to discuss GRM, offer suggestions, report bugs, or even just chat about guild management related things. All help in this regard is greatly appreciated! I respond much faster to Discord posts than I do anywhere else and am more likely to respond faster to any issues you might be encountering.

As a long-time guild leader, having managed the same guild since the days of The Burning Crusade, I always felt like the in-game interface was somewhat lacking. Like most people, I waited patiently for the trickle of improvements that happened every few years. Ultimately, I grew impatient. I wanted more. I was getting tired of the monotony of the grind that came with active leadership. So, while there were other options out there that were pretty good, I was still not truly satisfied. I wanted something cleaner, something with an interface that was easier to use when setting up alts and mains. I wanted something that could grow and expand in scope, as needed. I wanted something that would give me more knowledge, more information, more control. I wanted something that would help me make more informed decisions with the guild; or, at the very least, help cut the time it took me to decipher all of the busy work that needed to get done. This is where this addon was born from.

With the original work, added to with many great suggestions from people in this community, this addon has become something far more than I ever envisioned. However, at the core of GRM the purpose remains the same. My passion and my motivation remain the same, centered around one question, “Will this make managing some aspect of the guild better?” I do not wish to ever deviate from this original core goal.

Click here for short video explanation of the addon

Due to the nature of addons being restricted from connecting to the net, building a decentralized database that is shared between other GRM users was required. As such, changes are only accepted by determining what was the most recent change and accepting it. In other words, you don’t want a player who has been offline for a year to log back in and then sync outdated information to everyone. As such, all of it is timestamped and controlled.

Ultimately, this means that each individual GRM user has their own database, account-wide, including all servers and guilds they play on stored onto a single save file. This is NOT a centralized database that other users can access. It is unique to you. While GRM includes some features that give the guild leadership the ability to unify some settings, so, for example, your officers don’t accidentally sync your ban lists to everyone, you still have full control to disable syncing and just use GRM your own way.

While most people are more likely to enjoy the benefits of syncing and sharing info among their guildies, I just want to make it clear that if you wish to use GRM in your own personal way within your own database, you can. No other GRM user can dictate how you use this addon. While it is encouraged for you to actively participate in a meaningful way within your guild, ultimately so you can enjoy the rich features that GRM provides, there is no over-reaching hand that can come into your system and restrict your addon. That is the power that GRM provides. Ultimately, it is your addon, your account, and your data.

I just want to make it extremely clear that even though GRM provides a way to unify much of your database between other GRM users, there is no tyrannical hand forcing you to do so just by nature of having the addon installed. It is always your choice to participate.

No need for every GRM user to configure all of these details, they will be sync’d both retroactively, and live. The more GRM users, the more redundancy in the guild if you lose your data and have no backups.

It is worth mentioning that all frames are fully programmed to also update LIVE as changes are received. No need to close a window and re-open. Your audit window will update on the fly, as well as the mouseover window, as information is received. 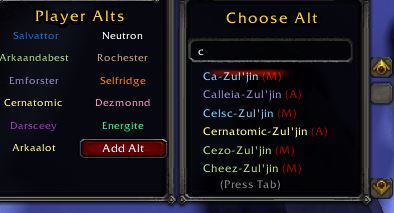 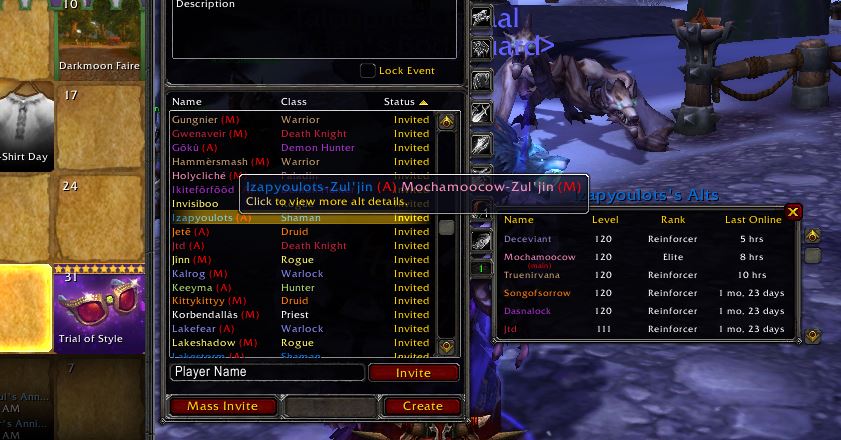 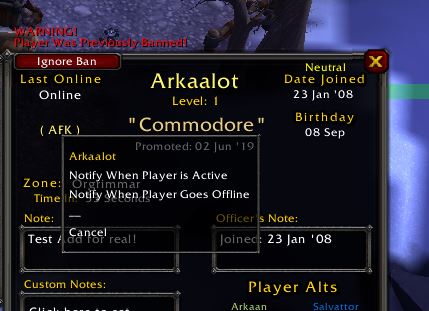 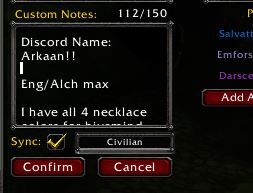 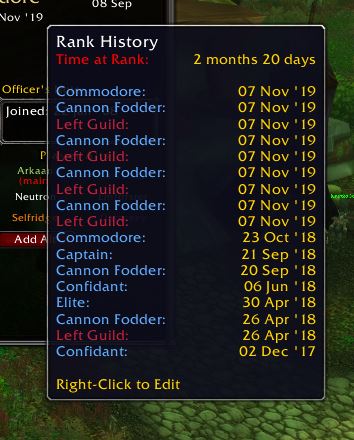 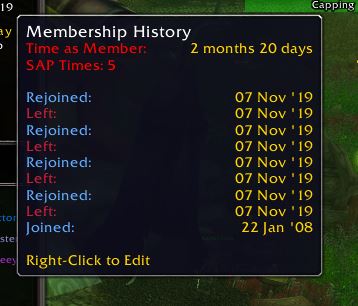 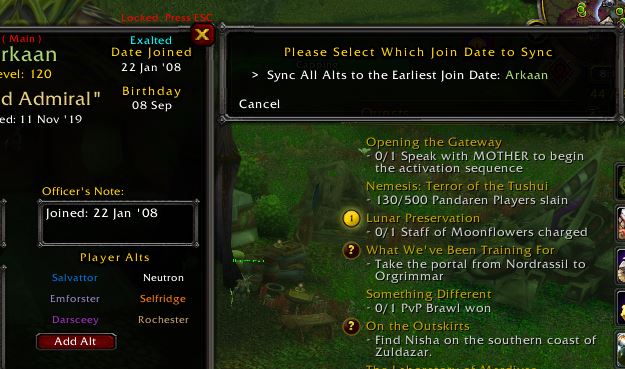 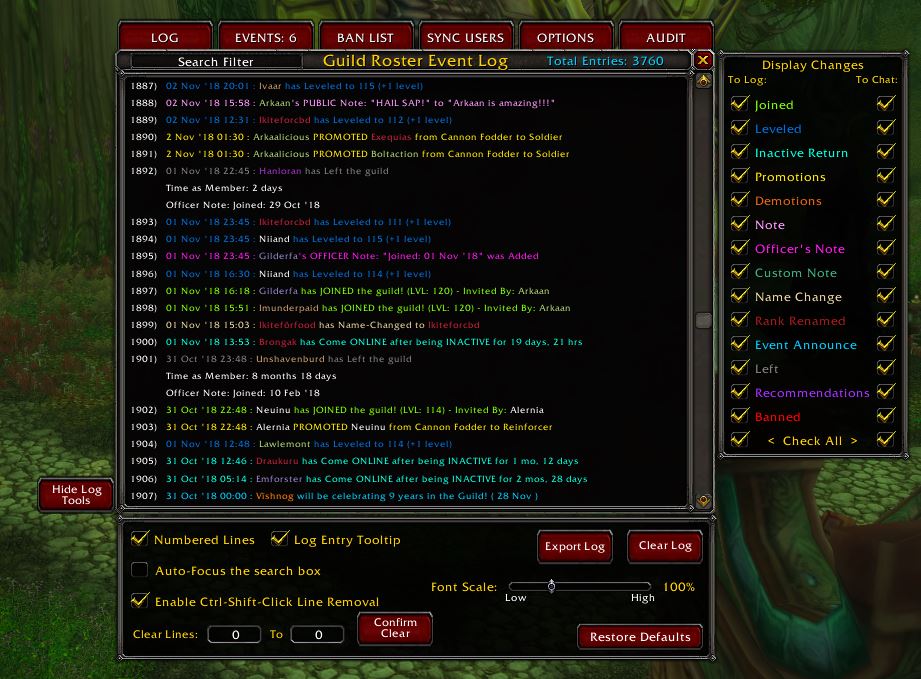 IMPORTANT: The Log is unique to each account and it is NOT synced between other GRM users. This is because your log is your own. Your filters are your own. 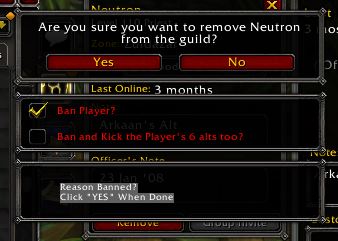 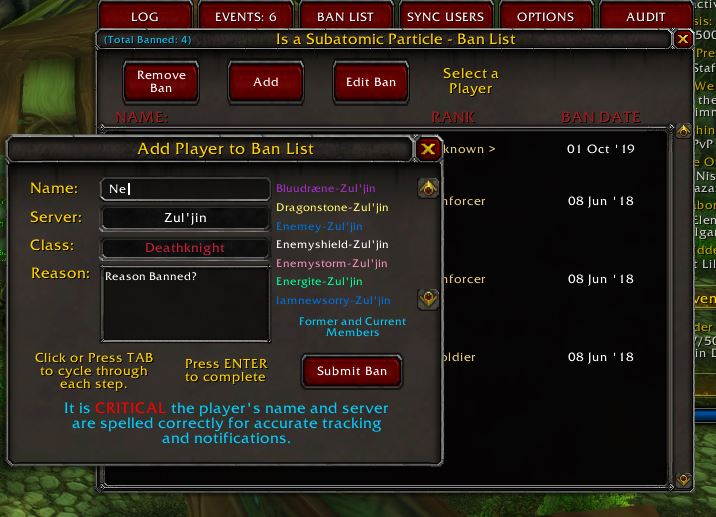 CLICK HERE FOR A SHORT VIDEO ON BAN FEATURES AND CAPABILITIES

In patch 7.3 Blizzard removed the ability of addons from being able to remove, demote, or promote players from the guild. There is no way around this, you HAVE to manually implement this action in-game. So, GRM has attempted to adapt to these changes, and while not as simple as pre-7.3, it is still far easier to deal with. By creating a list of players you wish to kick and then using the addon to auto-create a macro to remove them, the player only then needs to activate the “hot-key combo” to trigger the macro, and the addon will automatically rebuild the macro with the next set of names to be removed after each trigger of the macro. 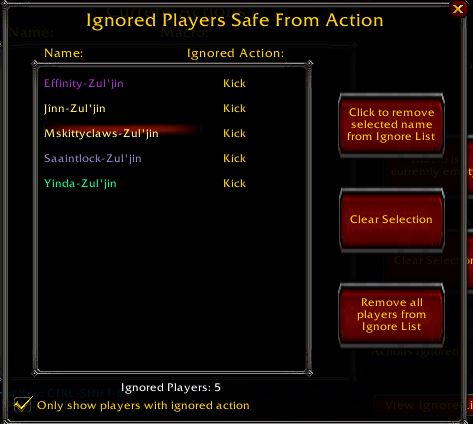 *PHASE 3 is a core priorities for release, at the moment.

This particular tool is more useful in CLASSIC since players have to deal with the issue of any guildie being able to edit other members’ public notes again, unlike retail.

Are you a completionist? Want to know all information about your guild on all players? Use the audit list to help! 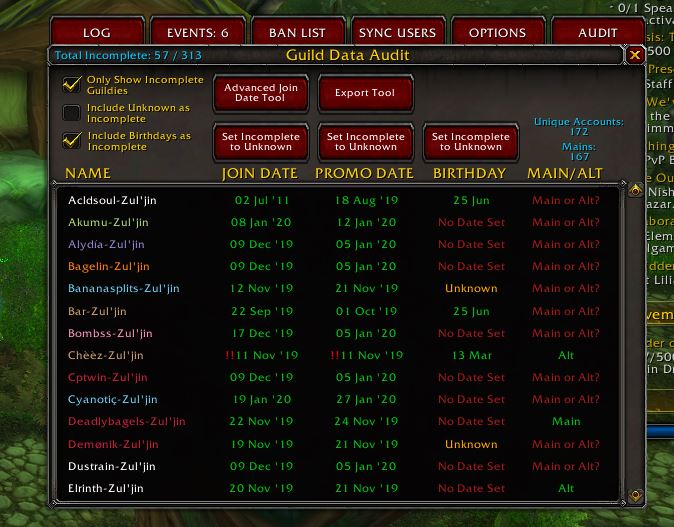 The goal of this tool is to ensure data properly matches up and can be easily configured.

Add Events to Calendar that Automatically popup, like anniversary notifications 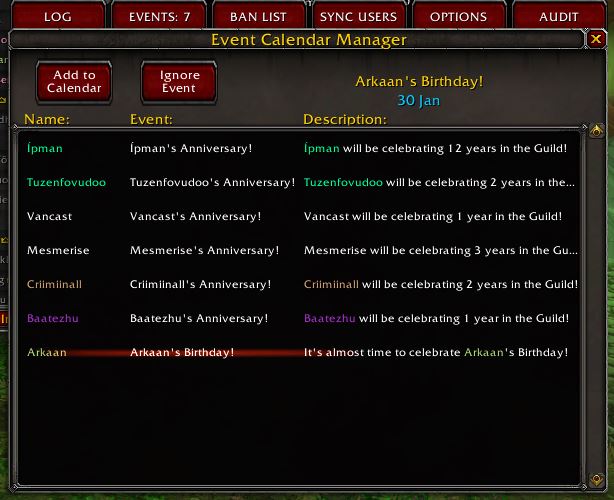 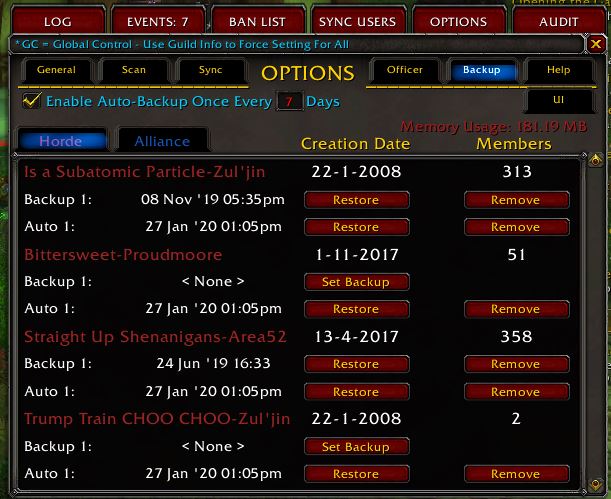 *Note, this is NOT the equivalent of a full File Side “WTF” folder backup. Addons are not capable of doing that. This is purely so you can have restore points of GRM data in case say, an officer went rogue on you and changed a ton of crap, you can just restore to a point. 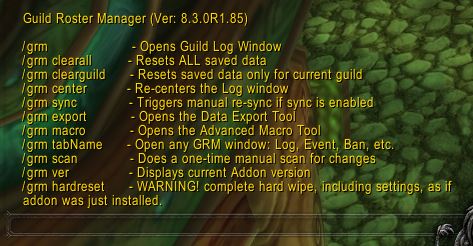 Control global settings of all GRM users in the guild! This is VERY critical you use this! 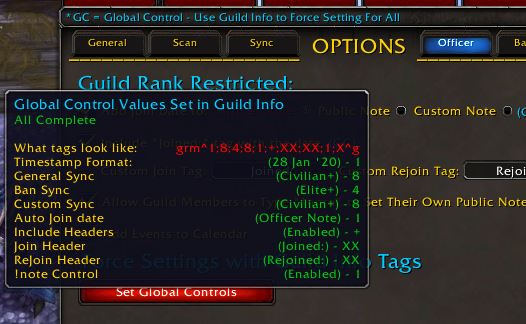 Join up on discord for updates, and feel free to chat about the addon, make suggestions, or report bugs. Have any Lua errors occur, visual bugs, or event just quality of life improvement suggestions that you think would be good for this addon? Reporting them to discord would be very helpul!